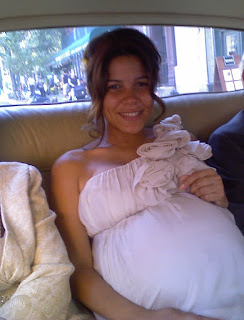 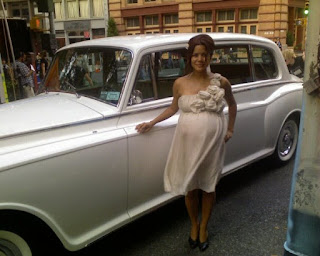 Last month as I was getting ready for…I don’t know, something, I got a phone call from a casting agent asking me for my availability to stand in for Jennifer Lopez in her next feature film, The Back Up Plan.

I didn’t think much of it because with time, I’ve learned not to get attached to any casting call. To do so would be like playing the lotto and getting disappointed every week when someone else takes what you thought was your key to happiness. And I mean really attached though, like my mom kind of attached, who believes that whatever current NY Lotto game she is playing will make her the winner. Then someone else wins and she’s like: Dammit, that could have been me! But she forgets all about that drawing once another one comes up and that will be her winning ticket. You see the similarities?

After I told the casting agent I was available for the ten days of the shoot (except for Thursday but whatever, who cares about my plans?), she submitted my pictures and production approved. I was surprised…hey you never know and I sure didn’t know anything about stand in work. I’ve seen some people “stand in” but had no idea what they were doing.

The criteria for work as a stand in is to have the same height, skin tone, hair color and preferably the same sizes as the actress but you don’t have to a total look-a-like. When I warned the casting agent that I no longer had light brown hair like Jennifer Lopez’s she told me she cleared it with production. My brunette hair was fine.

So what do we do as stand ins? I’ve had a hard time explaining this and it’s part of the reason why I am writing the blog, Well, to begin with, we’re standing, that’s for sure and in my case, in heels. As a stand in my job is to rehearse all of the scenes the actress will do so that the camera and lighting angles are positioned during set up. Many have asked me: Why don’t the actors do it? Why do they hire someone else to look like them? In a feature film, it can take anywhere from forty-five minutes to two hours to set up just one scene. The director needs to secure the correct lighting and camera angles for all of the shots.The lighting and camera crew decides what to use and not to use and you can only do this at the location. During this time, the actors can get hair and make up done, and rest or do other prep. It would be too tedious to do all of their rehearsals and then act out the scene and one scene is shot from many angles so we were usually on set from 10-13 hours a day.

On the first day on set, one of the production assistants (referred to as P.A’s) introduced me to Chris, who was selected as the stand in for Alex o’Loughlin, (the main character opposite Jennifer Lopez) and whom I’d been seeing for the next ten days of my life. I was also introduced to the rest of the crew. Chris filled me in on stand in work and showed me the call sheet. The call sheet contains the info for production that day such as, set locations, scenes to be shot that day, time to report (referred to as the call time) but never the time we are finished. Ever! So you can’t make plans for happy hour or anything like that.

I learned we were referred to as:the 2nd team by the crew. Jennifer and Alex: the 1st team. As astand in I watched Jennifer Lopez rehearse the first scene of the day a few times. 1st team leaves for hair and makeup or whatever and 2nd team is called in. Chris and I would go in and do what they just did, except we do it over and over and over and over. We have the actor’s lines in hand and do everything they do except we aren’t them…and we know we aren’t them because I didn’t get hair and makeup as a stand in! Anyway, the lighting equipment and cameras are worked on so that it is appropriate for the scene. We can move an inch over here or inch over there as crew members are hanging off machinery that allows them to adjust lighting or move props around. Different decisions are made as to what to use for example, a trolley for the camera or not, what type of lens, and all sorts of things I have no idea about. By having stand ins, they can adjust because we move back to beginning and end spots or try different positions until it’s really; a rehearsal. The camera man gets to test and see what the real shot would look like and then the actors just have to do their scene.

When the director is satisfied with the placement of cameras and lighting, the marks are set with tape on the ground and we move out. The 1st team is called in a few minutes before we are done and they step in on the marks as we move out. The actors do the scene until the director cuts and checks the gate (the camera lens). If the gate is “clear” then the scene or that angle is done. Which means 2nd team has to be there because set up for the next scene will start and they waste your time. You better be there lest you have 20 people looking for you all over the set.

Another important thing for the stand in is to get “color matched” by wardrobe on the beginning of every day. “Color match” means I’ll get something to wear that is the same color as Jennifer Lopez or a copy of the same clothing she is wearing for every scene. I didn’t get “color matched” the first day, but for the rest of the shoot I’ll stop at the wardrobe truck first (after finding out where it was located since we moved locations and I’d get lost everytime) and then walk to set and right to work. If it’s in the a.m you can go extra early and go to the breakfast truck. With a call time of 7am, it’s a little hard to say: Hey, let me get there at 6am instead. Not on the 1 train I’m not.

All the shots we did were exterior scenes because the production had shot everything else in California.I was really surprised to see we were in the middle of the street with paparazzi, neighborhood people, policemen, security and a few tents for production as we worked. Yeah, some people were pissed off that the streets were closed off so they made their statement by going through and into their subway anyway. Streets aren’t closed for all of the hours of the day,  but some people get upset because they feel it’s wrong. The thing is, who wants to see a guy pass by and come out waving to the camera: “Hi mom” during the movie? And people do this and all other sorts of things.

On the first day, I also worked as a double. For the first time, I wore a pregnancy belly! I went to wardrobe and put a body suit on with a belly on it. Then the two stylists worked on getting the dress to close as I held on to the inside of the truck. After learning how to get into a car while pregnant, I had the pleasure of being in a Rolls Royce for the first time. It was such a fun ride. I ran back to the wardrobe truck after we were done. I wanted to see if I could run with the belly and heels. People looked at me a little funny but what did I care? The whole experience couldn’t get any crazier. Actually it could, but I’ll write that on the second part of my first stand in experience.