Enjoy what you have now 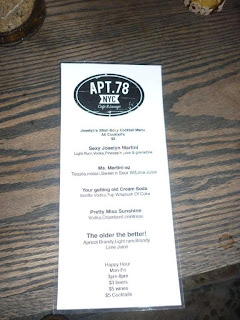 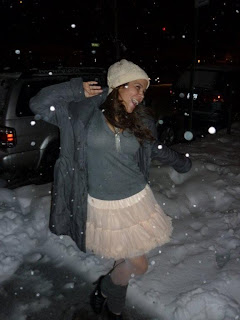 A few weeks before my January 26th birthday, I was debating whether or not I wanted to have a dinner, gathering or nothing at all. When planning, I share my birthday ideas with my best friend and the conversation always takes us to that birthday of mine four years ago when the forecast for January 26th, 2007 was: Bitter blast, Artic air arrives, below freezing temperatures. The city advisory news was urging people and pets (of course) to stay in unless they had to go out.
Since that bitter cold day, I’ve joked that it was so bad I wanted to call in and excuse myself from going to my own party. I am the type that stays in when it is too cold. For many years I had spent my birthday in the Dominican Republic, where January 26th is a national holiday, it’s warm and is smack in middle of baseball season. Yay!
Even after that extreme weather warming on January 26th of 2007, almost everyone (except maybe one or two) showed up to my party! I was pleasantly surprised. It would be totally acceptable that nobody went (including myself).
After my best friend and I had a good laugh about her admitting she just wanted to stay in too (she has an August birthday), we spoke about my plans for this year. Temperatures in NYC haven’t been extremely cold and there weren’t any warnings yet. Around January 20th though, temperatures started dropping and Facebook messages were more and more about the winter and the cold. I would text her “Do you feel it coming? the cold?” She’d Lol me back.
I ended up planning a small soiree at the new cozy lounge Apartment 78 in Washington Heights. The place is close to most of the invited guests and I made it on that same Wednesday after work so that people were already out and about.

Then it came, first the posts from Facebook and people telling me there is another storm warning. I laughed but when I looked out the window the morning of my birthday, the streets were already covered in snow. Forecast said the snow would start in the afternoon, but instead it started early in the morning. Then I get my email update: Mayor Bloomberg issues New York Weather Emergency advisory. I deleted it. As if it was going to make it go away.
Everyone that had previously confirmed said they were still coming. My mom called and said it was just snow and we’re in NYC and party was still on right? The lady would hike for a party if she had to. Then she drove me around with hubby for my errands.
Apartment 78 had the cutest drinks menu set up for me and everyone that said would show up did! Some were nearly freezing and wet because they walked so much in the snow. Others came from downtown and had to head back a little early. Some that have cars took public transportation to make it to the party and some of the guests stayed way beyond I left and hustled rides back on the street.
I do have a point in all of this: There might be snow, rain, and cold for my birthday or other people’s birthdays and occasions and it doesn’t mean I can’t enjoy it. After making the decision of not canceling, all we have to do is make it work out. The snow looked beautiful and if it’s falling, it has it’s purpose. The most important thing whether there is snow, rain or uncomfortable cold is that friends and family had a good time. Though sometimes all might not be able to make it for various reasons, they have been or will be in other celebrations.
This year, I officially accepted the winter.